‘Dor’ is a thread or string. Something that binds things together and Nagesh Kukunoor couldn’t have chosen a better title for his movie.

Zeenat (Gul Panang) is a tough, fiercely independent woman living life on her own terms in far away Himachal Pradesh. Meera (Ayesha Takia) is a traditional, duty-bound, daughter-in-law of a Rajput family settled in an ancestral haveli in the hot, golden sanded desert of Rajasthan.

Newly-married Zeenat and much-in-love Meera are the wives left behind by their husbands Aamir and Shankar who go looking for better opportunities by working in the Gulf. Life for both the families back home gets better financially and things are going well with both the wives missing their husbands, sharing snatches of conversations over the phone or letters by snail mail whenever they can.
Suddenly their world is rocked by the news that Meera’s husband Shankar has been killed by his room-mate who is co-incidentally Zeenat’s husband Aamir.

Aamir’s family, the authorities and Aamir and Shankar’s neighbors in the Gulf are convinced that the murder was actually a freak accident as Aamir and Shankar were good friends but the only thing that can save Aamir from the death-sentence which the Gulf government has placed on him is a letter of pardon or ‘maafinama’ signed by Shankar’s widow,Meera.

While everyone looks around helplessly, Zeenat decides to undertake the arduous journey from the crisp mountain air of the Himachal to the unforgiving, arid deserts of Rajasthan as the ‘Dor’ of need leads her to Meera, with just a photograph as a pointer.

On reaching Rajasthan, Zeenat comes across Beharoopiya (Shreyas Talpade),an entertainer-conman who amuses her, robs her and then after a change of heart decides to help her out, whether she wants it or not.

Her tough resilience is put to test as Shankar’s family not only humiliate her but refuse to let her meet Meera, who is now living the confined, miserable life of a widow. Not one to give up easily, Zeenat, with Beharoopiya’s help, tracks down Meera’s movements through the day in the hope of contacting her.

Meera’s only outing of the day is a visit to a temple, where Zeenat finally meets her. Meera’s plight and her innocence cause Zeenat’s courage to desert her and instead of reveling her true identity and agenda she befriends Meera.

Living like a shunned pariah, someone even talking to her is much more than Meera can ask for and she looks forward to her temple visits where she and Zeenat bond. These everyday meetings bring them closer to each other but push behind the agenda Zeenat is actually here for as she tries to instill confidence and the courage to dream in a resigned-to-fate Meera.

The time for Zeenat to revel her true identity and the reason for her being here finally arrives and Meera is shocked when she is faced with it. Does she forgive Zeenat? Does she sign the letter of pardon? What happens next? Please watch the movie for that:) 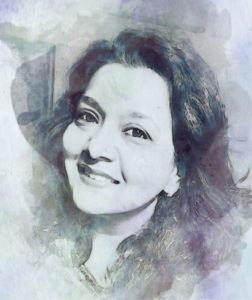